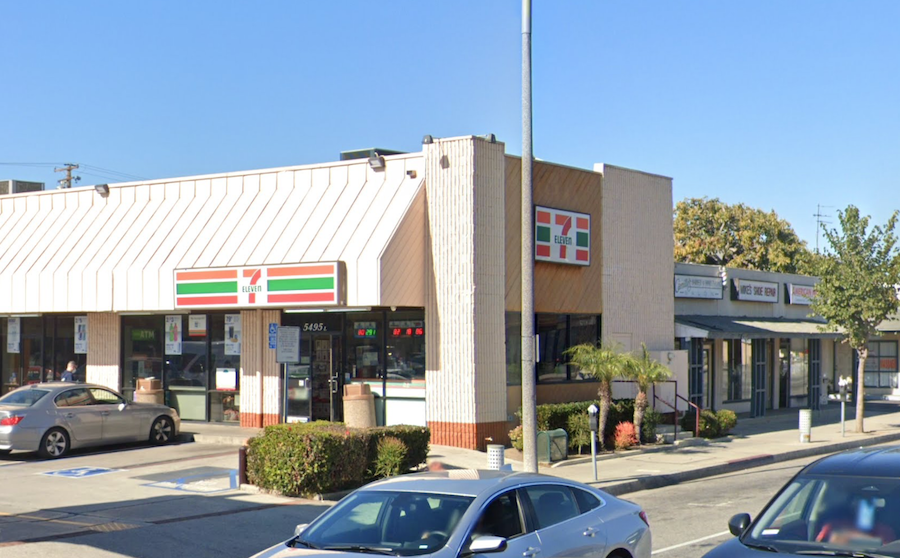 Culver City police are searching for two men wanted for holding up a 7-Eleven at gunpoint on New Year’s Eve.

According to the Culver City Police Department (CCPD), On December 31, 2021, around 1:10 a.m., officers responded to an armed robbery at 7-Eleven located at 5495 Sepulveda Boulevard.

“The employee explained that suspect #1 walked in and pointed a black handgun at him while demanding money. Suspect #2 was standing outside of the business as the look out. As soon as suspect #1 obtained the money from the register he walked out of the store and both suspects fled on foot in an unknown direction,” the CCPD said.

Suspect #1 is described as a man of unknown race, wearing a black beanie, a black face covering, a black jacket, a red shirt underneath the jacket, dark color pants with one white stripe on each leg, wearing blue surgical gloves on both hands, and carrying a dark-colored backpack.

Suspect #2 is described as a white or Hispanic male wearing a black hoodie, black face mask, black pants, black and white shoes, and wearing blue surgical gloves on both hands.

Anyone with any information or questions regarding this incident is asked to contact the CCPD’s Public Information Officer, Sergeant Eddie Baskaron at (310) 253-6316.