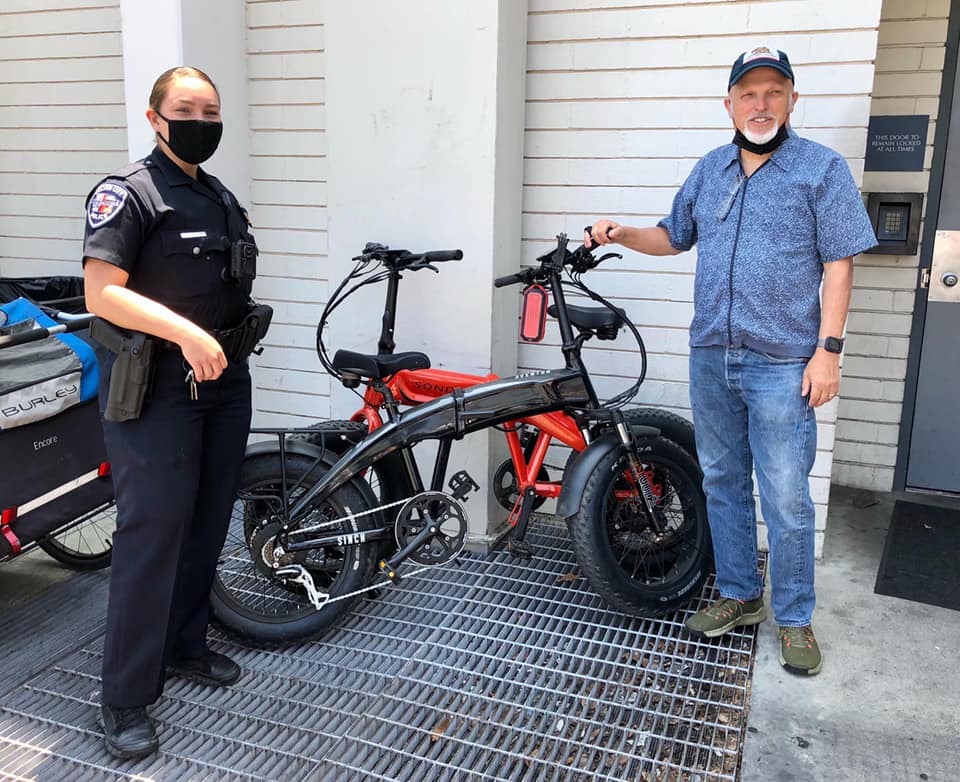 Culver City police have arrested a serial burglar responsible for at least five crimes in the area.

According to the Culver City Police Department (CCPD), around 8 a.m. June 1, dispatchers received a 911 call regarding a possible burglary to a vacant residence in the 11300 block of Herbert Street. Culver City Police Officers arrived on scene and observed a male, adult subject outside of the address on an orange electric bicycle.

“Culver City Police Officers immediately recognized the subject as a serial burglary suspect who had committed at least five burglaries/thefts throughout Culver City.,” the CCPD said.

CCPD officers detained the subject and found him to be in possession of drug paraphernalia and burglary tools, police say. Additionally, the electronic bike the suspect was riding, along with an additional folding electronic bike in his possession, were determined to be stolen.

According to the CCPD, the suspect was placed under arrest for burglary, and the two bicycles were returned to their owner.