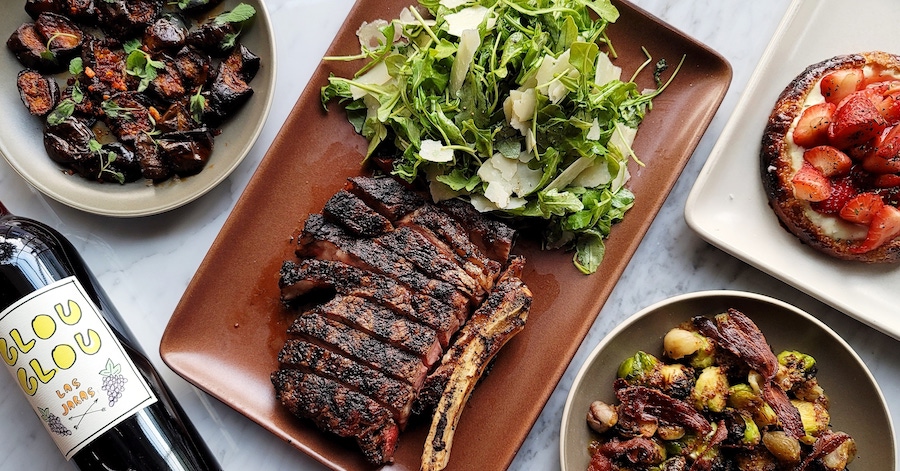 Popular SM restaurant back up and running

Far too many restaurants have fallen victim to the pandemic. Others, however, have been able to stay alive. By adopting new carryout models and including new outdoor dining options Tar & Roses Restaurant, located at 602 Santa Monica Boulevard, has been able to outlast a pandemic and continue to bring the Santa Monica neighborhood quality food and drinks.

“Our reopening took longer than most because we were vandalized in late May 2020,” said Johnnie Jenkins, General Manager of the restaurant. “When we were done with repairs there were only a couple weeks until the winter shutdown in California.” After a couple months of takeout we finally opened for dining again on March 3rd.” The restaurant was able to build a cozy parklet on 6th Street, creating sidewalk seating with plenty of distance between tables.

Jenkins is no stranger to leading revolutionary restaurants. He helped lead the opening team for Venice’s first nightclub, Air Conditioned Supper Club in 2006. In 2008 he also helped open Venice Beach Wines, which explains his passion for wine..

Tar & Roses is a reference to the aromas and tasting notes of Barolos in the wine world. The majority of their food is wood-fired so the wine pairings are earthy and red. “We serve internationally inspired, farmer’s market driven, wood-fired cuisine,” Jenkins said. He describes the restaurant as a neighborhood staple, with a menu pulling from various cultures but staying true to tradition. ” Seasoning and preparation styles remain fairly true to each dish’s roots, but are designed in a whimsical manner that is purely California at heart and revolve around the wood burning oven.”

The brainchild behind the restaurant is Santa Monica-native Chef Andrew Kirschner. He graduated from the California Culinary Academy in 1997, and held a range of sous-chef positions before returning to Los Angeles in 2000. From then on he worked in an array of popular spots such as Joe’s in Venice, Chadwick in Beverly Hills, and then became a chef/partner at Table 8 in West Hollywood. Before opening Tar & Roses, Kirschner was the Executive Chef and partner at Wilshire and was also named Best New Chef in 2008. With his restaurant, Kirschner aims to “share a restaurant that speaks to his travels and deeply ingredient-focused food philosophy.”

The restaurant says they also work to keep customers in mind with updated spacing and sanitization methods to maintain Covid-19 protocols. They’ve implemented employee training based on LACDPH, OSHA, and CDC guidelines. Tar and Roses is also certified by Santa Monica Shines and has partnered with GTHR SAFE, a community of businesses and specialists dedicated to the health and safety of our communities. “While we are serious about food and hospitality we never take ourselves too seriously. The atmosphere is upbeat and friendly from the moment you walk into our dining room.”