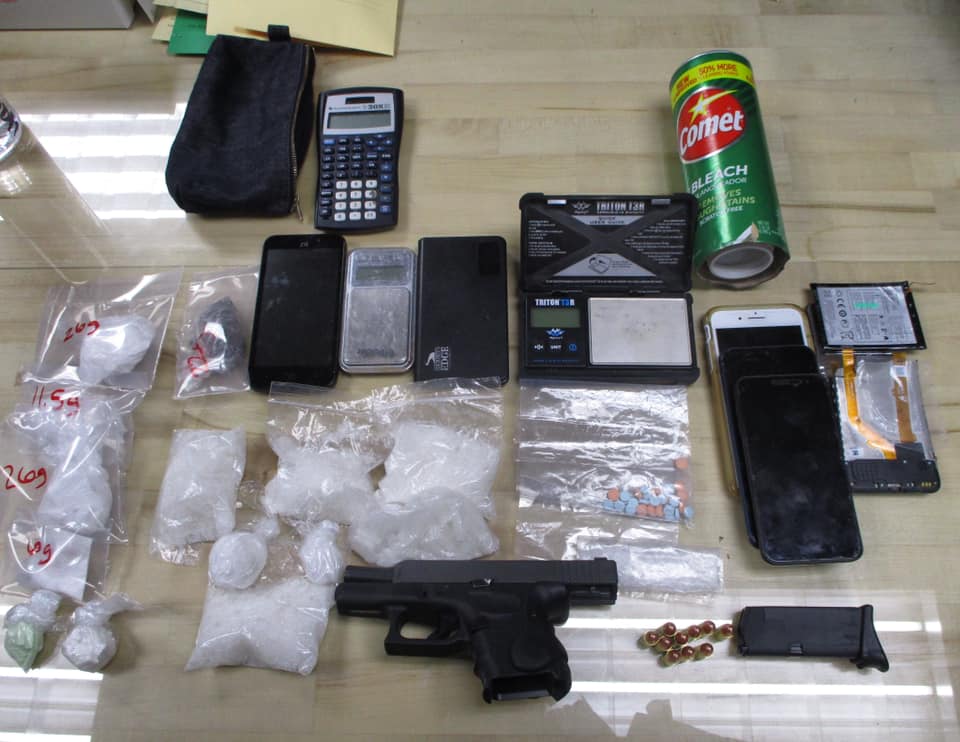 Culver City police arrested multiple suspects at a local motel for possession of over three quarters of a pound of methamphetamine and heroin over the weekend.

According to the Culver City Police Department (CCPD), on Sunday night around 11:00 p.m., officers contacted subjects at a local, unnamed motel in the 3900 block of Sepulveda Boulevard.

“During their investigation, officers developed cause to search the individuals as well as the room they were occupying. Over three quarters of a pound of methamphetamine, heroin, and miscellaneous pills were found as well as a loaded 9MM handgun,” CCPD said.

The subjects were placed under arrest for conspiracy to commit narcotics sales while in possession of a firearm.