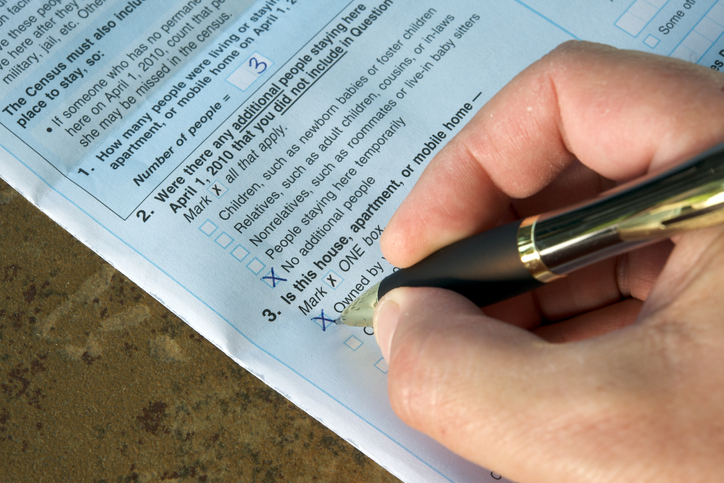 California polls now show President Trump trails Democrat Joseph Biden in the upcoming presidential election by almost 40 percent in this state, a preposterous, totally unprecedented margin that spurs the incumbent to retaliate against this state at every opportunity.

That was a major, unspoken motive when he issued an obviously unconstitutional order telling the Census Bureau to leave undocumented immigrants out of its supposedly complete count of every human being residing in the nation, stipulated in America’s foundational document.

It was also one motive when the Trump-appointed Census chief Steven Dillingham ordered the population count to stop on Sept. 30, a month prior to what was planned earlier in the coronavirus pandemic, when it became clear there would be no way to get a complete count by that date.

Never mind all that. When Dillingham issued his stop-by-Sept. 30 order, Trump trailed in every major national presidential poll, too, and in most surveys in swing states that flip back and forth between the major parties. Trump knows he could be forced from office on Jan. 20, and wants to harm his enemies (read: California and other states with large immigrant populations) while he can.

The Sept. 30 closing date means the final Census results should be reported by year’s end, fully three weeks before a defeated president would leave office. It would then be impossible for the new chief executive to extend the deadline for final results, as would be needed if the count continued until Oct. 31. Biden, if elected, could not order an obvious Census undercount to be fixed by using administrative records, as he could if the results were finalized later.

This all could have enormous detrimental effects on California – unless Californians get busy in the next few weeks and make sure they and all their neighbors get counted.

As of late August, only about 65 percent of California residents had been tallied, with newly-hired Census takers due to start knocking on doors in droves this month. No one really knows how determined these temporary on-the-ground counters are or whether their final count will be anywhere near complete.

Yes, there figures to be room for some correction. As it stands, former Census chiefs under Democratic Presidents Bill Clinton and Barack Obama and Republican George H.W. Bush predict a count that’s 10 percent to 12 percent low nationally. In California, with a hard to count and sometimes hard to find – but unquestionably large – population of undocumented immigrants, the undercount could be much higher.

If that’s how it turns out, one recourse allowed by federal law might be a recount in 2025. That would be expensive and unprecedented. Still, no president before Trump ever tried to interfere with an honest count. His orders – like one for Census takers to ignore undocumented immigrants – are contrary to what Dillingham pledged during his 2019 Senate confirmation hearing: “independence from improper influence.” Uh-huh.

For California, a serious undercount could mean the loss of two or three seats in Congress, which likely would translate into Republican gains in the House, as the those seats would be redirected to smaller states where complete counts are easier to do. Montana, Vermont and Nebraska might each get one more House seat. Major undercounts in Texas, Illinois, New York and Florida would also be likely under Trump’s orders, likely meaning other House slots would shift to states like Alabama and Arkansas, where there are fewer unauthorized immigrants accustomed to hiding from government workers like the Census takers.

An undercount would also cause redirection of billions of dollars in federal grant money for everything from highways and sewers to post office buildings and other aid, much of which is divvied up on the basis of state and local population.

But California is not helpless in all this. Unlike Texas, Georgia and other states with significant unauthorized immigrant populations, California early on earmarked almost $200 million for ethnic-based organizations to hire extra personnel to convince those they serve to get counted.

These efforts were delayed by the pandemic, but must now ramp up seriously if California and the specific areas where the most immigrants live are not to be shorted on representation, funding and government services of all kinds.

Email Thomas Elias at [email protected] His book, “The Burzynski Breakthrough, The Most Promising Cancer Treatment and the Government’s Campaign to Squelch It” is now available in a soft cover fourth edition. For more Elias columns, visit www.californiafocus.net