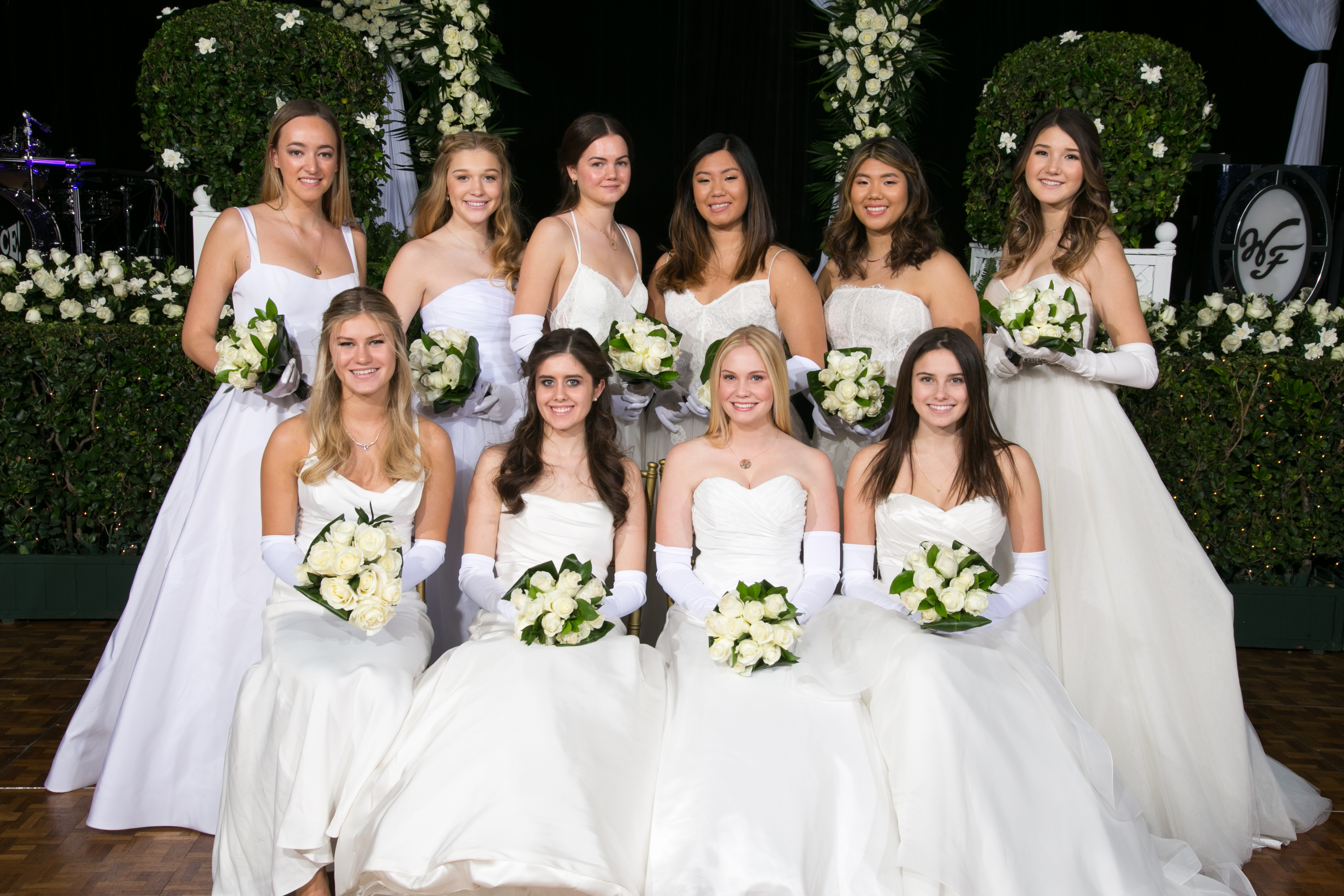 During the holiday season, Las Madrinas honored twenty-eight families and their
daughters for their service to the Southern California community and Children’s Hospital Los Angeles at The Las Madrinas Ball on December 21, 2017 at the Beverly Hilton Hotel.

Over 800 guests from the greater Los Angeles area, including the twenty-eight Debutantes, their families and friends, gathered to celebrate with the members of Las Madrinas. Las Madrinas President Mrs. Wayne Martin Brandt (Lisa) formally welcomed the families and guests in attendance and thanked everyone for joining Las Madrinas in its support of the research programs at Children’s Hospital Los Angeles. She spoke of their current project, the Las Madrinas Endowment for the Chief of Neurology Chair and the

Member husband Mr. Enrique Hernandez, junior announced the Debutantes, while
member husband Mr. David Thomas Balfour served as Director of Presentation. Patterson’s Topiaries, Pots and Teas designed the floral décor. The Wayne Foster Orchestra accompanied the Presentation of the Debutantes and played the traditional Father-Daughter waltz that transitioned the party from presentation to celebration.
Las Madrinas was established in 1933 as the first Affiliate Group of Children&#39;s
Hospital Los Angeles and has been supporting pediatric medicine for 84 years.

Since 1939, Las Madrinas has honored families who have demonstrated a commitment to the civic, cultural, and philanthropic life of Southern California by presenting their daughters at the Las Madrinas Ball. Donations made in honor of the young women, together with the annual support of Las Madrinas members and friends, have enabled Las Madrinas to complete nine major projects at the hospital since 1988, including eight research endowments totaling almost $25 million and a capital project on the Cardiovascular Floor.

This year Las Madrinas is starting their commitment of a $5 million dollar pledge for, The Las Madrinas Endowment for the Chief of Neurology Chair and the Neurological Institute Epilepsy Program Children’s Hospital Los Angeles has been named the best children’s hospital in California and among the best in the nation for clinical excellence with its selection to the prestigious U.S. News & World Report Honor Roll. Children’s Hospital is home to The Saban Research Institute, one of the largest and most productive pediatric research facilities in the United States. The hospital is also one of America’s premier teaching hospitals through its affiliation since 1932 with the Keck School of Medicine of the University of Southern California.