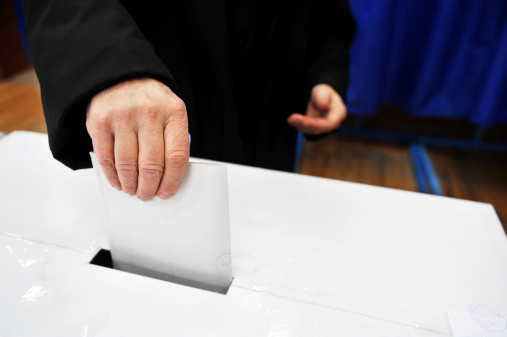 Anyone guessing which of 2018’s campaigns for statewide office will be the hardest-fought would be wise to bet on the run for state Superintendent of Public Instruction.

That’s the lesson from the springtime runoff elections for two local school board seats that were little noted outside Los Angeles. But inside Los Angeles, these contests between candidates backed by the city school district’s main teachers union and those funded by charter school advocates were among the fiercest the city has seen.

For sure, they were most expensive local school board contests ever waged, with charter school advocates spending $9.7 million on the two seats and unions and their members and allies $5.2 million. Overall, a total of more than $15 million went into these races.

One non-resident donor, Netflix founder and Facebook board member Reed Hastings, a former member of the state Board of Education, by himself gave $5 million between September and May to the California Charter Schools Assn. Advocates, a conduit of funds for candidates who support expanding charter schools. Developer Eli Broad (the B in KB Homes), best known for donating to art museums, put up more than $400,000.

It’s not that charter schools are rare in Los Angeles or California: Fully 1,254 operated in the state last year, serving 30,880 pupils at all grade levels. But charter advocates want more. They want more access to school tax dollars and the grounds of public schools. They want more political clout.

Those issues will be central to the run for state schools superintendent next year, just as they were in 2014. Back then, incumbent Tom Torlakson eked out at narrow win (260,000 votes out of 6.07 million cast) over former charter schools executive Marshall Tuck.

Tuck, back for a second try next year, said in 2014 he would try to give local school districts more control of curriculum, budgets and staffing, possible restructuring of the school day and a vast reduction of the public schools’ 2,300-page rule book. He said he might also work for changes in the rules of teacher tenure and retention, making seniority less important.

Tuck has been a fan of charters for more than a decade. He ran a 15,000-student group of 17 previously failing schools awarded as a sort of consolation prize in the early 2000s to then-Los Angeles Mayor Antonio Villaraigosa after a slate of “reform” candidates he backed failed to take over the local school board.

Torlakson, a former assemblyman from the East Bay suburbs of San Francisco who in 2014 enjoyed massive union backing, with a virtual army of unionized teachers canvassing for him all over the state, will be termed out next year, unable to run again. The union-backed candidate this time will likely be Democatic Assemblyman Tony Thurmond of Richmond, who won reelection last year with almost 90 percent of the vote over Republican Clare Chiara.

Under Torlakson, the desired policy of the California Teachers Assn. union to keep seniority as the main criterion for deciding which teachers to lay off in hard times has been retained. Tuck, meanwhile, said that rule makes it too difficult to get rid of bored or incompetent teachers. His stance is backed by a current legislative bill that would extend the probation period for new public school teachers from two to three years.

But Tuck will insist, as he did four years ago, that he’s not anti-union. “Green Dot teachers were the first charter group with their own union contract,” he said then. “But I don’t like giving tenure after just two years. That’s too soon to really judge a teacher.”

So far, neither of the two current candidates has campaigned much. That will change and money will pour into the contest, if this spring’s Los Angeles races are any kind of indicator.