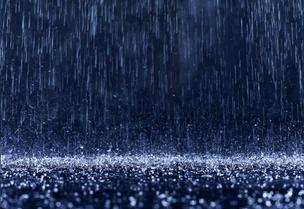 A couple of low pressure systems — one out of the Gulf of Alaska and the other out of Western Canada — are likely to generate rain heading into the weekend, the National Weather Service said Wednesday.

The first system is expected to bring a half-inch of rain on Friday and a minimal volume of snow in the San Gabriel Mountains, where the snow level will remain high, said an NWS statement.

A second, colder system may bring another round of showers on Saturday, New Year’s Eve, along with snow showers in the mountains.

“If this storm materializes, it may support snow showers across mountain roads, possibly including the Interstate 5 Corridor near The Grapevine,” the statement said.

The NWS forecast sunny skies in L.A. County Wednesday and highs of 62 in Lancaster; 63 in Palmdale; 69 on Mount Wilson; 72 in Avalon; 73 in Saugus; and 75 in downtown L.A., Long Beach, Pasadena, San Gabriel, Burbank, Woodland Hills and at LAX.

Orange County is also forecast to be sunny Wednesday, with highs of 66 in Newport Beach and Laguna Beach; 68 in San Clemente; 72 in Anaheim, Irvine and Mission Viejo; 73 in Fullerton; and 74 in Yorba Linda.