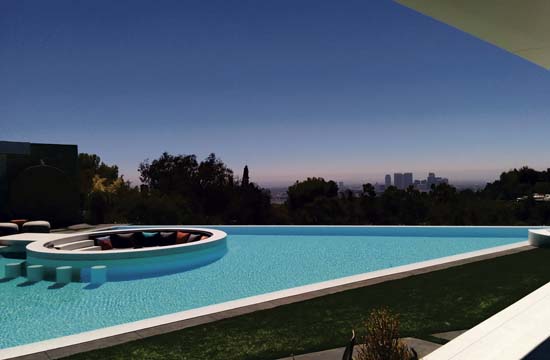 It is no secret that living in California is generally far more costly than most other places in the country. In fact, the average price of a home here is about two and one half times the national average.

Lagging incomes are the greatest obstacle for most prospective buyers. California’s median annual household income fell for five consecutive years after peaking at $68,450 at the top of the last real estate cycle in 2007.

In 2014 it rebounded hitting $61,933 annually according to the U.S. Census Bureau, but most buyers have been priced out of the market as incomes have not kept pace with home price increases.

What is the outlook for California’s affordable housing crisis now?

The prospects do not look good for any significant improvement any time soon. This is largely due to the significant shortage of inventory to meet demand. This pushes prices higher and further out of reach for most prospective buyers. The baby boomer generation, which have become long term homeowners, are just not inclined to move.

Leslie Appleton-Young, the Chief Economist for the California Association of Realtors explains that this is “because they are finding it too expensive to move.” Appleton-Young says “between a great mortgage, low property taxes and the capital gains hit, it just makes more sense to stay put.”

The Association’s Chief Economist further explains that the other factor keeping inventory low is “housing construction dropping significantly in coastal communities, including the San Francisco Bay are Los Angeles, Orange and San Diego counties where two-thirds of California’s population resides.” This reduction in inventory is attributed in part to local governments approving only 45 percent of applications for permits to build new housing.

The other big drag on new construction of affordable homes is the high cost of building in the coastal metropolitan areas of California.

The high cost of land in these areas and higher labor costs as well as legal and business complexities of building higher density but lower priced developments have been an impediment to new construction.

Increased governmental regulations adding more time to the development phase of a project and increased costs to the developer ultimately translate to higher priced selling prices to the buyer. These factors are all contributing to the affordability problem.

Despite talk of possible rising interest rates, it does not appear this is an immediate issue. Mortgage rates generally follow the yield on the 10 year Treasury.

The average 30 year fixed rate mortgage remains near historic lows at about 3.5 percent. Moves higher affect buyer sentiment since it makes buying a home more expensive for anyone who is planning on getting a mortgage.

However, analysts generally believe that even if the Federal Reserve does raise interest rates, it will have a minimal impact, if any, on mortgage interest rates. The expectation from these analysts is that 30 year fixed rates could stay below 4 percent for the next couple of years.

The highest sale this year was the sale of the Playboy mansion for $100 million, located in Holmby Hills. The second priciest sale at $90,000 is the “Owlwood Estate.” At one time it was owned by Sonny and Cher. It is also located in the Holmby Hills area of Bel Air.

The Playboy Mansion sale included the furniture and also Hugh Hefner who has a long term lease to live there for the remainder of his life.

Owlwood is a 12,200 square foot home at 141 South Carolwood Drive. The listing price was $150 Million. It is reported there was strong interest from multiple parties.

The ultra-luxury tier of Los Angeles real estate appears in high demand by both wealthy local and international buyers.

The main house, built in 1936 was designed in the Italian Renaissance style by architect Robert D. Farquhar. It was considered the largest private residence in Los Angeles at the time and has since incorporated two additional adjacent lots, creating a sprawling 10 acre estate.

The new owner, in the business of developing and selling residences for the ultra-luxury market, will oversee future plans for the estate, according to a release. While it appears no plans have been finalized as of yet, it is likely the property will be updated and placed back on the market for sale.

These very recent landmark residential sales should bring even more international attention to the desirability of owning real estate in Southern California.

For a free courtesy consultation,
contact Bess Hochman, a top Westside Real Estate Broker for over 20 years. Bess is also distinguished by holding a law degree. This article expresses the opinion of the author.
You are advised to consult attorneys and
others experts specializing in the issues
referenced in this article.
Contact Bess: 310.291.4111. E-mail: Bess.CenturyCityNews@yahoo.com

“Bess is a master negotiator!” says Michael Donaldson, attorney and author of Negotiating For Dummies.