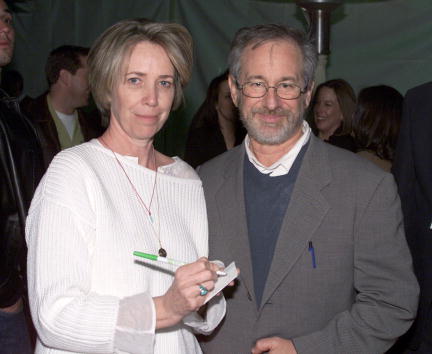 Melissa Mathison, who was nominated for a screenwriting Oscar for “E.T.: The Extra-Terrestrial,” died today in Los Angeles.

Her brother, Dirk Mathison, told Variety that she died after an unspecified illness. She was 65.

In addition to “E.T.,” Mathison’s other credits include “The Black Stallion,” “Indian in the Cupboard,” “Kundun,” “The Escape Artist” and “The BFG,” another Steven Spielberg film set for release next year.

“Melissa had a heart that shined with generosity and love and burned as bright as the heart she gave E.T.,” Spielberg said.

Mathison was married to actor Harrison Ford from 1983 to 2004 and they had two children, Malcolm and Georgia.