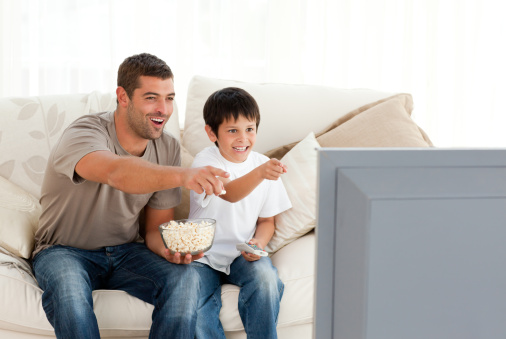 The start of the NFL’s preseason helped NBC end CBS’ six-week streak as the most-watched network, according to figures released today.

NBC got a second consecutive 1-2 finish with “America’s Got Talent,” while its coverage of the NFL/Hall of Fame Game was third among programs broadcast between July 28 and Monday, live-plus-same-day figures released by Nielsen show.

The Wednesday edition of “America’s Got Talent” averaged 10.79 million viewers to finish first for the week, while the Tuesday edition was second, averaging 10.64 million.

The New York Giants’ 17-13 victory over the Buffalo Bills in the NFL/Hall of Fame Game was third for the week, averaging 8.53 million viewers, but viewership was down 15.6 percent from the 2013 game which matched the Dallas Cowboys and Miami Dolphins.

Outside of its football programming and “America’s Got Talent,” NBC’s most-watched program was the Friday edition of “Dateline NBC,” which was 18th for the week with 5.87 million viewers.

NBC averaged 5.41 million viewers for its prime-time programming, followed in second place by CBS with 5.3 million. CBS had seven of the week’s 13 most-watched programs, topped by a rerun of “NCIS,” which was fourth for the week (8.44 million).

Fox was fourth among the English-language networks and fifth overall for the second consecutive week, averaging 2.28 million viewers, trailing the Spanish-language Univision network, which averaged 3.22 million. Fox’s most- watched program was “MasterChef,” 20th for the week with 5.76 million viewers.

Of the two premieres on the four major English-language networks, the NBC alternative series “Running Wild with Bear Grylls was the most-watched, averaging 4.43 million viewers to finish third in its 8 p.m. Monday time slot and 39th among the week’s broadcast and cable prime-time programs.

The week’s other premiere, the ABC competition series “The Quest,” averaged 2.82 million viewers, fourth in its 8 p.m. Thursday time slot and 96th among the week’s broadcast and cable prime-time programs.

The week’s most-watched Spanish-language prime-time program was Thursday episode of the Univision telenovela “Lo Que La Vida Me Robo,” which averaged 4.69 million viewers, putting it 34th among all prime-time broadcast and cable programs.

The “NBC Nightly News with Brian Williams” was the most-watched network nightly newscast for the 255th consecutive week and 302nd of the past 303, averaging 7.9 million viewers, followed by ABC’s “World News with Diane Sawyer” (7.26 million) and the “CBS Evening News” anchored by Scott Pelley (5.8 million).

The week’s 10 most-watched prime-time programs were the Wednesday and Tuesday editions of NBC’s “America’s Got Talent”; NBC’s coverage of the NFL/Hall of Fame Game; CBS’ “NCIS”; ABC’s “The Bachelorette: After the Final Rose”; CBS’ “60 Minutes”; ABC’s “The Bachelorette”; NBC’s 10-minute NFL/Hall of Fame Game kickoff show; and CBS’ “The Big Bang Theory” and the Sunday edition of “Big Brother.”