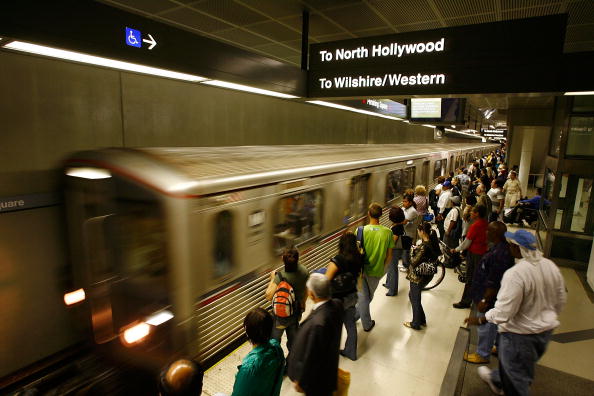 Mayor Eric Garcetti was in Washington, D.C., for the announcement. The funds will go toward extending the line 3.9 miles along Wilshire Boulevard, from its current terminus at Western Avenue.

“The continued expansion of Los Angeles’ public transportation system is vitally important to millions of area residents who need reliable, affordable access to jobs, education and other ladders of opportunity that this region has to offer,” said U.S. Transportation Secretary Anthony Foxx in announcing the financial package.

The Dept. of Transportation’s Federal Transit Administration is committing $1.25 billion through a funding grant agreement with the Los Angeles County Metropolitan Transportation Authority.

The Purple Line project will also receive an $856 million loan through the federal Transportation Infrastructure Finance and Innovation Act, bringing the federal funds to more than $2.1 billion.

Another Metro project, the Regional Connector – which will link the Blue, Gold and Expo lines for smoother travel across the county – recently secured $670 million as the result of a similar agreement with the FTA.

Garcetti was joined by Sens. Dianne Feinstein and Barbara Boxer, both D-Calif.

Metro Board Chair Diane Dubois and CEO Art Leahy also were expected to attend the event.

“The signing ceremony for the Metro Purple Line Extension project is a great day for Los Angeles,” Boxer said. “Los Angeles has made enormous strides to expand transportation options and accelerate construction of projects that will create jobs, improve mobility and spur economic growth.”

Garcetti plans to meet with some other members of Congress before flying back to Los Angeles tonight.