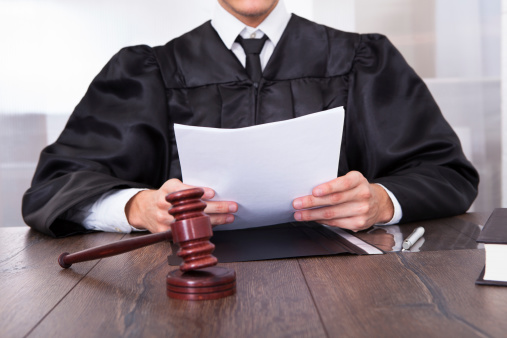 A judge Monday scheduled a 2018 trial date for a lawsuit filed by a former ESPN tennis analyst who sued the sports network after being fired in January due to his description of Venus Williams’ style of play during the Australian Open.

Doug Adler maintains he used the word “guerilla” but his comment was misinterpreted by some critics, many on social media, who thought he was using the racially offensive term “gorilla” regarding the black tennis star.

Los Angeles Superior Court Judge Elizabeth Feffer scheduled trial for Oct. 15, 2018 with an expected length of eight days. ESPN attorney Raymond Bertrand told the judge he preferred to have direct negotiations on a possible resolution of the case rather than seek mediation. He also said depositions in the case will likely take place in New York City, near ESPN’s headquarters in Bristol, Connecticut.

The allegations in Adler’s complaint, filed Feb. 14, include wrongful termination and both intentional and negligent infliction of emotional distress.

Although tennis experts commonly use the term “guerrilla tennis” to describe aggressive tactics, ESPN “bowed to the Twitter universe of haters and those ignorant of tennis who thought (Adler) used the word gorilla to describe Venus Williams that day,” according to his lawsuit.

The 17-page lawsuit also alleges that other employers have shunned Adler following ESPN’s firing of him shortly after the Jan. 18 Williams match.

“Guerrilla Tennis” was the name of a Nike TV commercial in the 1990s featuring Andre Agassi and Pete Sampras.

In his court papers, Bertrand states that Adler “issued an apology on Jan. 19 saying he was speaking about Ms. Williams’ tactics and strategy and that he chose the wrong word to describe her play.”

The network “concluded that he should have been more careful in his word selection and (ESPN) exercised the right remove him from providing announcer services for the remaining three days of ESPN’s coverage of the Austrailian Open,” according to Bertrand’s court papers.

Adler was still paid for those three days even though he was not working, according to Bertrand’s court papers.

However, according to the lawsuit, ESPN forced Adler to say he was sorry about his choice of words and the plaintiff did so reluctantly, believing he had done nothing wrong.

ESPN then told Adler to leave the broadcast booth and fired him the next day, according to the complaint.

Adler lives in Los Angeles and was an All-American player at USC. He was hired by ESPN in 2008 and covered the U.S. Open, French Open and Wimbledon. He alleges the network ruined his sterling reputation cultivated over 40 years, during which he announced some 3,000 matches.