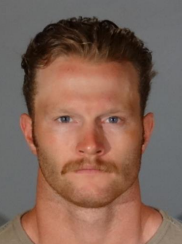 On June 13, 2016, Krah was taken into custody in the San Diego County area by SMPD Detectives. Krah was booked at SMPD Jail for homicide and is being held on a 2 million dollar bail.