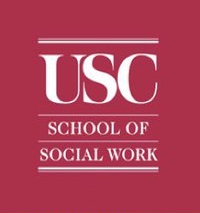 A majority of veterans who leave the military and return to Los Angeles County are unprepared for the transition to civilian life, with most having no job and many suffering from untreated physical and mental health issues, according to a USC study released today.

“The main thing we learned with this study is that separating serving members leave the military, and they enter civilian communities with a myriad of issues,” said Carl Castro, lead author of the study and assistant professor at the USC School of Social Work. “There is not a singular need. No one says, ‘I just need a job’ or ‘I just need housing.’ Similarly, we have to take a multiple, holistic approach to helping veterans transition.”

The study — “The State of the American Veteran: The Los Angeles County Veterans Study” — was based on a survey of more than 1,350 veterans, along with follow-up focus groups including dozens of veterans.

According to the study, more than two-thirds of the veterans surveyed said they had difficulties adjusting to civilian life, while 69 percent of post- 9/11 veterans said they needed time to decide what they would do after their military service.

Post-9/11 veterans also had high percentages of mental and physical health issues. Among the most recent veterans, one-third planned to commit suicide and never sought help, compared to 24 percent of pre-9/11 veterans, the study found.

Many post-9/11 veterans said they did not know where to go to seek help, and many cited concerns about confidentiality and potential harm to their careers if they sought help. More than 37 percent of them said they felt they could handle their problems alone, and about the same percentage said they had trouble scheduling an appointment.

More than 60 percent of them said they needed help securing employment, education and Veterans Affairs benefits.

The study recommended an expansion of the military transition program, with a focus on ensuring veterans have jobs and housing lined up.

“With this data, we will design improved initiatives to do more to reduce unemployment, homelessness and other transition challenges,” Mayor Eric Garcetti said. “As a Navy reservist, it’s especially important to me that those who wear our nation’s uniform are fully supported when they come home.”