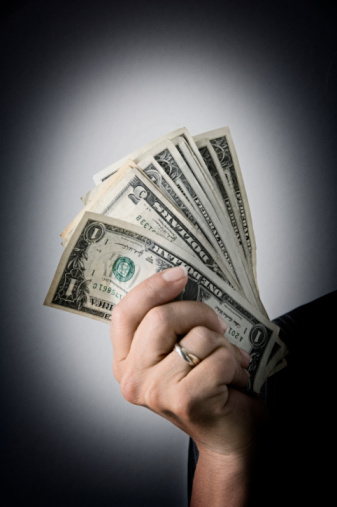 Los Angeles Council Members Mike Bonin, Paul Koretz, Tom LaBonge, Nury Martinez, and Curren Price introduced a motion in February proposing to increase the minimum wage for hotel workers within the City to $15.37 per hour. The proposed wage hike – a living wage – met with some obvious opposition and concern from business groups and hotel associations.

To determine the potential economic impacts of raising the minimum wage to a “livable” figure for employees at hotels with 100 rooms or more, City Hall directed a study to be conducted to analyze both the harms and benefits of a $15.37 per hour pay rate.

That study, released June 3 by Blue Sky Consulting Group, stated a City-mandated livable wage of $15.37 per hour comes with tradeoffs.

One week after the Blue Sky study released, the City Council’s Economic Development Committee directed the City Attorney’s Office on June 10 to draft an ordinance for the full dais to consider. With the direction, the Los Angeles City Council could be considering a $15.37 per hour wage to be phased in for larger hotels by July 2015 and smaller hotels one year later.

While the Blue Sky report stated the exact economic impacts could not be known with certainty, increasing the minimum wage would definitely have positive and negative effects. On the one hand, workers would earn more money and businesses servicing or selling to those employees would benefit. However, a minimum wage increase would also result in lay-offs, hiring freezes, and declining profits, the study reported.

“Establishing a minimum wage policy for hotel workers – at least to a certain extent – represents an inherent trade off,” the Blue Sky study stated. “Newly hired and current hotel workers who remain employed would likely see a benefit in the form of higher wages, as would businesses that sell goods and services to these workers; however, these benefits would come at the expense of laid-off hotel workers or those not hired in the first place, as well as hotel owners who would see their profits decline.”

The study did make a few suggestions of how the City Council could mandate a minimum wage increase.

For example, the study suggested implementing the livable wage in incremented increases.

“Allowing employers an opportunity to gradually adjust to the higher wage rates will help to minimize any adverse impacts or severe disruptions,” the Blue Sky study stated.

Blue Sky also recommended the City Council to consider an exemption for employees who earn tips on top of their respective wages.

“Many hotels workers who earn tips may already earn in excess of $15.37 per hour. Therefore, requiring hotels to pay these tipped employees at the new, higher rate would have the effect of pushing the wages for these employees above the $15.37 level,” the Blue Sky study stated.

The study also pointed out many employees working in hotel restaurants also earn tips, so a living wage policy should be cognizant of how those workers would be impacted by the $15.37 per hour mandate.

Under current federal minimum wage laws, a separate and lower wage is allowable for tipped employees. The exception does not exist in California’s minimum, wage law, however.

According to a 2013 report by the nonprofit public policy research group Economic Roundtable, the proposal to increase the minimum wage to $15.37 per hour for workers at hotels of 100 rooms or larger would impact 64 of Los Angeles’ 87 “large hotels” and more than 5,000 low-wage employees working in the City.

“Average wages paid by hotels in the City of Los Angeles are well below the proposed minimum wage of $15.37 per hour, with maids and housekeepers earning $9.03, desk clerks earning $11.17, and bellhops earning $12.03 per hour,” the Economic Roundtable report stated. “Compared with the rest of the nation, the state and five other urban areas that compete with Los Angeles for tourists, the city ranks near the bottom of the wage ladder for hotel workers, and is competing with Phoenix for the lowest hourly wages offered.”

A mandated raise to $15.37 per hour would, according to Economic Roundtable, increase pay to hotel workers by $33.7 million in its first year. The economic impact of that increase, the report stated, would support an additional 283 jobs and $39.6 million sales at local businesses.

Economic Roundtable suggested in its 2013 report there are two ways a hotel operator could deflect the increased payroll costs associated with the mandated wage hike: reduced the share of revenue received by ownership from 17.9 to 12.4 percent (and allowing employee compensation to rise from 30.9 to 36.4 percent); or, increase room rates by an average of $9.18 per occupied room per day.

In a letter to Councilman Curren Price, Carol E. Schatz, president and CEO of the Central City Assoc. of Los Angeles (CCALA), said she was pleased to see City Hall study the economic impacts of raising the minimum wage for hotel workers.

“We believe that the negative impacts to Downtown, to the hotel industry, to the city’s economy and tax base and to the city’s ability to compete for tourist dollars and for new businesses will greatly outweigh the gains that will be seen by a small number of hotel employees who do not already make $15 per hour,” Schatz stated in her letter.

Also raising concern about the $15.37 per hour proposal for hotel workers was Bob Amano, executive director of the Hotel Assoc. of Los Angeles (HALA), a group representing more than 135 hotels and affiliates in the city.

“Our concern with the living wage proposal is that it unfairly targets Just one industry, the Hotel Industry, without knowing what the possible unintended consequences will be for the Los Angeles economy as a whole,” Amano wrote in letter also addressed to Price. “We believe that Los Angeles will be at a competitive disadvantage with our surrounding cities and that new hotel developments will be discouraged from coming to Los Angeles – at a time when the Tourism and Visitors Board has stated that we need 4.000 new hotel rooms in the City to attract new conventions and accommodate our growth in tourism.”

The City’s chief legislative analyst and members of the Economic Development Committee also received several letters and emails of concern from hotel industry representatives and other business groups.

Blue Sky’s study appeared to take a safe approach in analyzing the economic impacts of a living wage mandate.

“To a great extent, the impact of a minimum wage policy such as that currently being considered is simply not knowable beforehand,” the study said. “Even with hindsight, careful students of this topic have not been able to achieve a clear consensus with respect to the effects of minimum wage policies that have already been enacted. The potential for research to conclusively demonstrate the likely future effects of a proposed policy is limited.”

The consulting group did suggest City Hall to look to similar living wage policies in Long Beach and the LAX hospitality zone, but moderated the suggestion by pointing out any evidence of the minimum wage increase’s economic impact in those two areas is “anecdotal” at this point.