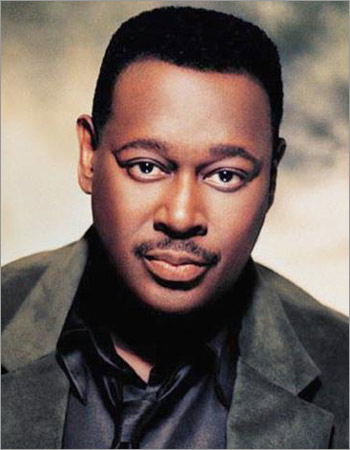 Singer Luther Vandross will posthumously receive the 2,526th star on the Hollywood Walk of Fame today, honoring the career of an artist who received 31 Grammy nominations, winning eight times, and who had eight rhythm-and-blues No. 1 albums and seven No. 1 singles.

Grammy-winning guitarists Marcus Miller and Nile Rodgers will speak at the 11:30 a.m. ceremony in front of The Redbury hotel near the Capitol Records Building. Vandross’ niece, Seveda Williams, and longtime friend Alfonso “Fonzi” Thornton will accept the star on behalf of Vandross’ family.

“Luther’s unparalleled voice and forever romantic tunes such as ‘Never Too Much’, ‘Power Of Love’, ‘Here And Now’, ‘House Is Not A Home’, ‘So Amazing’ and ‘Dance With My Father’ are known the world over,” said Leron Gubler, who will emcee the ceremony and is president of the Hollywood Chamber of Commerce, which oversees the Hollywood Walk of Fame.

“We are honored to hold this dedication for a very special performer whose music will resonate for all time.”

Born April 20, 1951, in New York City and raised in the Lower East Side of Manhattan, Vandross began taking piano lessons when he was 3 years old.

Inspired by hearing Dionne Warwick for the first time at the Brooklyn Fox Theater, Vandross began writing original songs and started his own vocal group during high school, appearing in local talent shows. After finishing second at an amateur night at Harlem’s famed Apollo Theater, Luther joined the theater’s Listen My Brother Revue, which opened for Sly and The Family Stone.

Vandross later appeared on the first two seasons of groundbreaking Public Broadcasting Service educational series “Sesame Street,” singing “Learn Something”, “Count to 20” and “Those Are The ABC’s.”

After attending Western Michigan University, Luther found work as a backing singer at top recording sessions with his voice heard on many commercials and albums by Quincy Jones and Bionic Boogie.

A milestone in his career came in 1974, when a childhood friend, guitarist Carlos Alomar, invited Vandross to Philadelphia to watch a David Bowie session Alomar was playing on. Bowie overheard Vandross singing a soulful line he created while listening to the playback of “Young Americans” and asked him to go on mic and record it.

Luther’s creation became the famed chorus of “Young Americans.” Bowie hired Vandross to do vocal arrangements and take charge of his touring vocalists.

Bowie later introduced Vandross to Bette Midler who hired him to do arrangements for her and tour with her as a backing vocalist.

After appearing on two hit records in 1980 by the pop-dance act Change, Epic Records signed Vandross.  His debut solo album “Never Too Much” was released in 1981. Over the next 15 years, he would release an unprecedented 11 consecutive platinum or double platinum albums.

Vandross died on July 1, 2005, at the age of 54, following complications from a stroke two years earlier.